The feature film “Woong-nam”directed by comedian Park Sung-kwang, has completed filming over a period of two months.

On the 11th, Woongnam Cultural Industry Company announced on the 9th that “Woong-nam” had cranked up. “Woong-nam” started filming in Gosung, Gyeongsangnam-do on November 3rd last year and traveled around Tongyeong, Sacheon, Chungjoo, Jechun, Goyang and Seoul.

“Woong-nam” is based on the Danggun myth that bear becomes humans after eating garlic and mugwort, depicting the story of twin Asiatic Bear brothers, who were managed by the Pro-North Korean Institute of Technology, disappearing one day after eating mugwort and garlic. Rumor has it that the story of a bear becoming a human contains comedy, action and noir genres. It is Park Sung-kwang‘s fourth directing and his first feature film. Park Sung-woong plays the main character Woong-nam, while Choi Min-soo, Yoon Je-moon, Oh Dal-so, Yeom Hye-ran, Lee Yi-kyung and Baek Ji-hye also appear. 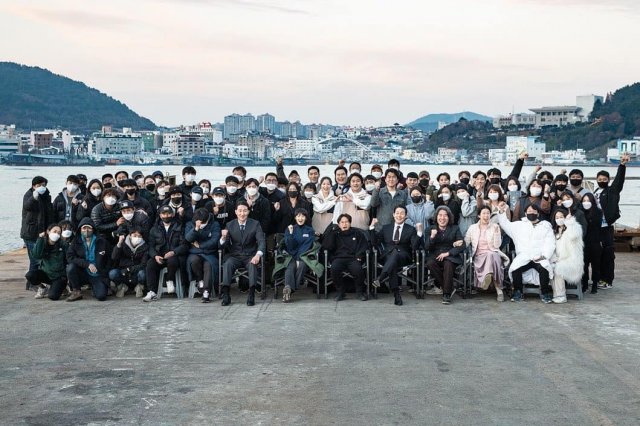 Park Sung-kwang said, “It was the happiest times with the best actors”. Park Sung-woong, who plays the leading role, said, “It was hard but I was happy to play two roles for the first time in my life. I cried after the shoot”, he said, expressing his deep affection for “Woong-nam”.

In addition, Choi Min-soo, who played the role of underworld boss Lee Jeong-sik and heralded his strong charisma, said, “I was injured in a sudden accident, and I would like to thank the actors and staff for their consideration. shoot safely,” he said. Yoon Je-moon and Oh Dal-so also said, “It was a very fun and happy movie”, and “Congratulations on the director’s first full-length debut”.

“Woong-nam” Aims to be released this year.