I don’t watch a lot of TV shows, but I can’t resist good shows, especially if it’s a Korean show. One day, a group of my friends were at the gym talking about a TV show. Naturally I joined the conversation and they asked me if I was watching the show: Squid game (Oh-jing-ah-game: squid game). I had never heard of the show before, but it was clearly one of the most popular TV shows these days. I had to say no to the question, but I started watching the show the same night.

Photo by DigitalDay on Pixabay

I think the show is well planned and has the ability to grab the viewer’s attention at once. The show, for sure, is interesting. I even thought about who came up with the address! But what I really love about this show is that it depicts the daily lives of ordinary people in modern Korean society. I don’t want to spoil anything, but there Petty (Soo Su Han: Small, minor, trivial details) in the show bring back childhood memories of Korea.

While I was watching the series, I noticed that the show contains the depth of Korean culture. There are things you will appreciate more if you understand the culture. Today, I want to share with you a few fun facts about the show. 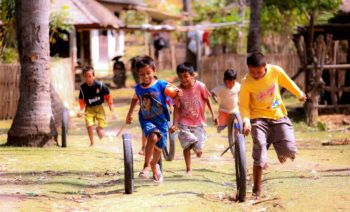 First test: What are the first three Korean children’s games on the show?

딱지 치기 is a korean game. You can play with multiple players. Each player has folded paper tiles and slaps them on the ground as hard as possible. The purpose of this game is to make the other player turn.

무궁화 꽃 이 피었 is a team game. I remember playing this game with my friends in the whole neighborhood. This game is testing agility (min-chub-sung): Fit).

달고나 Cookies melted with white sugar. When I was in primary school, there were always small vendors near the school selling these fast food. Cooker melts honeycomb-shaped sugar, pouring it on a flat surface to cool. At this moment, he places cookie cutters in different shapes on top of the melted sugar cookie. I don’t remember that part, but I think you’ll get a prize if you cut 달고나 clean the cookie cutter shape completely. 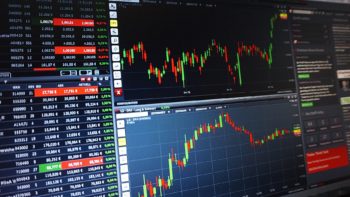 Picture of PIX1861 on Pixabay

Quiz 2. What kind of Gift (Sun Mall): gift, gift) Getting player #218 to participate in the game?

-> Player #218 got involved with him Forex Futures (Wei-hwan-Sun-Mall)Features of forex trading). It is often shortened to 선물. It is a synonym for 선물 (sun-mool: a gift, a gift) as well. We hope you can follow along during a conversation between player 456 and player 218.

Test 3: What do you think is the most common topic in casual conversations between Korean men?

-> I can’t say that all Korean men like to talk about it army (goon-dae): military), but I’ve heard many times that it’s a common topic for those who are being discharged from the Korean military. Perhaps they had a wonderful life experience in 군대.

This show may be another success story for Korean media culture, but watching it is a bit bloody. Therefore, I do not recommend this show for young children.

I have more tests to give you in the next post. If you haven’t followed the show, you have some time. More fun facts about the show are waiting for you. Stay tuned!