The concept of the arthouse horror/thriller seems to be on the rise in Korean cinema lately, with titles such as “Seire” and “The Prayer” having a successful festival run. Lim Sang-suin his feature debut, tries his own hand in the style, in a movie that also included an almost philosophical whodunnit element.

“Down” is screening at International Film Festival Rotterdam

Do-woo is a loner, since the fact that he is running the motel his parents left him, and has to take care of his senile mother, do not leave him with much time to do anything else. Furthermore, the motel, which is close to the borders with the North and adjacent to a lake where more than 23.000 dead Communists’ bodies were piled in, has become a location that people come to commit suicide, as the third one of the year takes place as soon as the film starts. His mother causes trouble for him constantly, with her frequent fits that result in the few “normal” guests wishing to leave, and in general, it is easy to say his life is in complete shambles. One day, however, his mother disappears, and Do-woo ends up with a dog in her stead. The locals help the kind-hearted son to search for his mother, but when she is not found, the suspicions turn towards him. The fact that on the day she disappeared, he swallowed her tranquilisers and has no recollection of what happened next, does not help at all. In the meantime, a local hostess and a mysterious young man, also start staying in his motel at the same time. 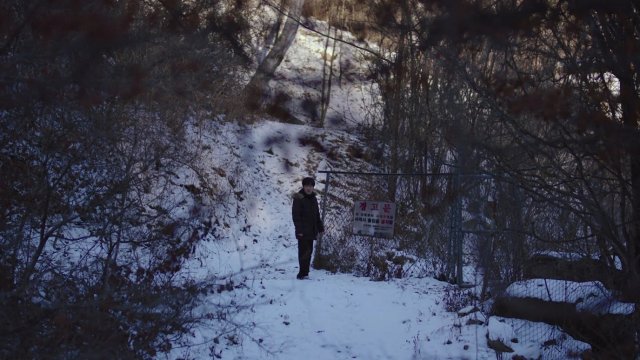 Lim Sang-su directs a film that thrives on its atmosphere, with the timid protagonist and the overall sense of disorientation that dominate the narrative carrying the movie from beginning to end. The fact that he uses Do-woo in a way that aims to direct the thoughts and feelings of his audience, also works quite well here, resulting in a character that is very easy to empathize with, even if his timidness can be annoying at times . At the same time, the questions that rise are also intriguing and add to the atmosphere. “Did he do it? Did the stranger do it? What is the role of the hostess? Are his visions a recollection of reality or drug-induced paranoia?” The fact that the attitude of the two is mysterious and confusing to say the least, heightens the sense of disorientation even more, and in conjunction with Do-woo’s visions, even makes the viewer question their actual existence, after a point. 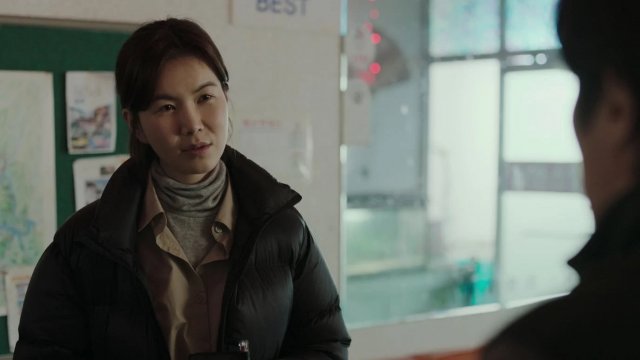 That the confusion, anger, and sense of despair the protagonist experiences, will inevitably lead to violence becomes quite apparent after a fashion, in a style that points towards the thriller, but becomes a horror as soon as a series of rather brutal events start taking place. In that regard, the metamorphosis of Do-woo in particular is one of the best assets of the movie, with Lee Joong-ok giving a tremendous performance in the part. Kim Yeon-kyo as the hostess and Kim Dae-geon As the stranger are also quite convincing, with the first emitting an air of mischievousness and the second danger and mystery, with gusto.

Yun Geol’s camera captures all the intermingling, aforementioned elements with artfulness, with his framing adding to the sense of disorientation, with the scene in the mirror highlighting his prowess in the most eloquent way. Furthermore, a number of exterior shots, particularly the ones in the snow, exhibit a very appealing ominous beauty. The editing results in a rather slow-burning movie, in a style, however, that definitely suits its overall aesthetics, while also adding to the whole “arthouse horror” concept.

“Down” is a gem of a film, a very interesting horror/thriller, and also a movie that fans of arthouse cinema will enjoy.