According to data released by the Good Data Corporation on February 23rd, “Twenty Five Twenty One” has expanded its lead in non-traditional popularity compared to other dramas. The Good Data Report now has the optimism nostalgia themed romance at 33.12% of all social media references. “Twenty Five Twenty One” experienced a boost of 154.09% of references in the third week of February compared to the second week. 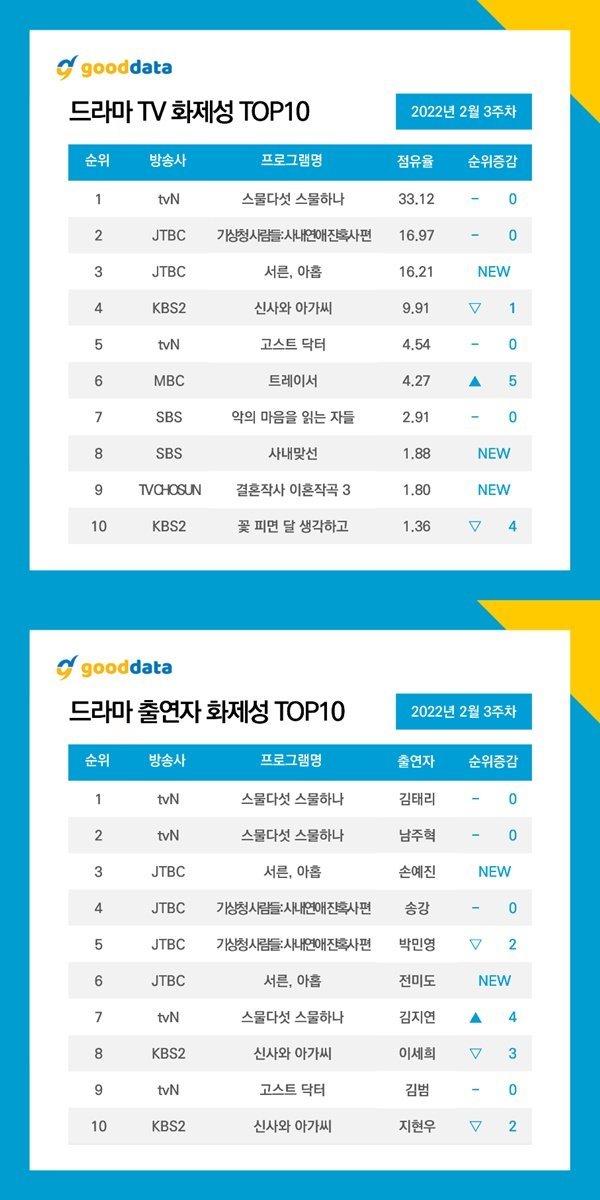 Lead actors Kim Tae-ri and Nam Joo-hyuk also maintained their positions as the most popular performers in first and second place. Third place for performers was Son Ye-jinon account of her new television drama “Thirty Nine” which deals with a group of female friends of that same age. “Thirty Nine” was also the third place for dramas, with its social media reference rate of 16.21% being only slightly beaten by “Forecasting Love and Weather” which had 16.97%.