In their first week of broadcasting, the new dramas “Twenty Five Twenty One” and “Forecasting Love and Weather” are neck-and-neck for the top position of the Good Data Report. The tvN drama “Twenty Five Twenty One” has a slight lead in references across traditional and social media, with 21.72% of the overall total. The time-dilated romance fantasy also had the most popular actors, with Kim Tae-ri and Nam Joo-hyuk in first and second place for performers. 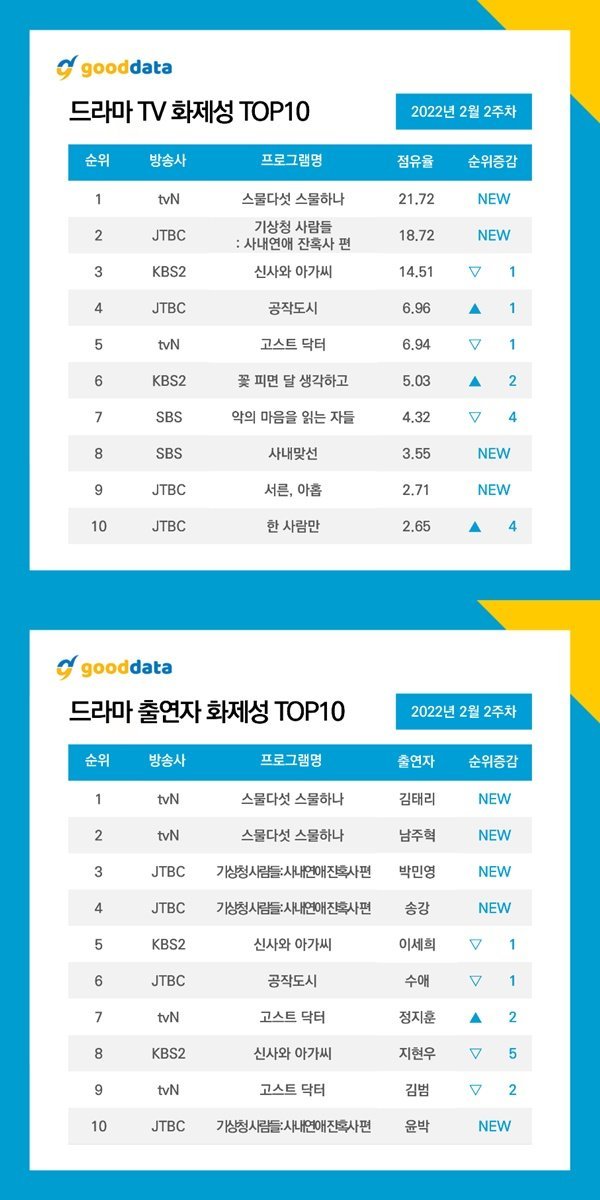 “Forecasting Love and Weather” was close behind with 18.72% of social media references. Lead actors Park Min-young and Song Kang were likewise third and fourth place with performers. The two dramas both air on Saturday and Sunday, albeit in different timeslots, and also enjoyed slight ratings boosts in their second nights. “Twenty Five Twenty One” went from 6.37% to 8.01% while “Forecasting Love and Weather” went from 4.514% to 5.455% in the ratings.

Elsewhere in the charts, the weekend family drama “Young Lady and Gentleman” was the only other program to have at least double digit social media references with a total of 14.51%. The show enjoys high domestic television ratings, with the 40th episode on February 12th hitting 30.1%. Leading actress Lee Se-hee is likewise quite popular, and the fifth most popular performer on the Good Data Report.