“Crazy Love – 2022” has unveiled Kim Jae-wook‘s still cuts for the first time, who has completely transformed into the best one-shot instructor.

KBS 2TV’s new Monday-Tuesday drama “Crazy Love – 2022” depicts a sweet and bloody crazy romance between a scumbag representative who plays amnesia in a murder notice and his assistant who acts as his fiancé at a death sentence. Kim Jae-wook plays No Go-jin, Korea’s best math instructor and GOTOP Education representative. Even though he is only a high school graduate, he is a positional figure who made GOTOP the best in the industry with his genius brain with an IQ of 190. 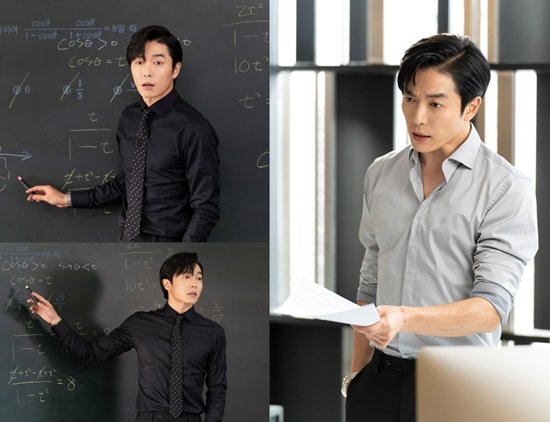 The still cuts, which were released on the 14th, features No Go-jin, a legend, giving a lecture. The most popular one-shot instructor in Korea is like a divine being to students. “Is math hard?” Don’t worry, I’m here!” He explains difficult mathematical formulas with his confident charisma and rescues students struggling in the swamp of math. to increase the number of prospective viewers who want to learn math from him even before the broadcast.

The production team said, “Kim Jae-wook‘s perfect acting brings focus on his lecture. Depending on the fierce gaze and situation, he did not miss the details, such as expressing the intensity and feeling of holding a chalk differently. His enchanting charm was enough to express No Go-jin, known as the industry legend.”