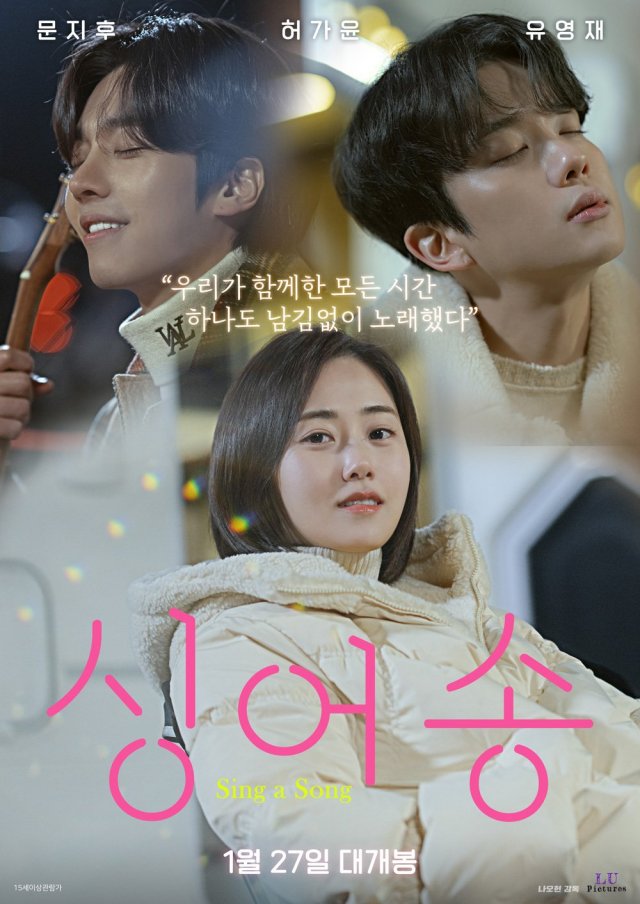 Synopsis
“Every day, every time we spent together, I sang without leaving anything behind”

Seon-hye, who recklessly came to Seoul because she wanted to sing, Hyeon-do, an unknown indie singer who dreams of becoming famous, and singer-songwriter Si-joon, who chooses to sing despite his family’s opposition.

These three people wanted to be singers but they couldn’t see the light. Incidentally, they recognized each others’ talents and formed a band named ‘Jobaegeun’ and started to gain popularity by working on Si-joon’s compositions.

A story about the conflict between dreams, love, and friendship. 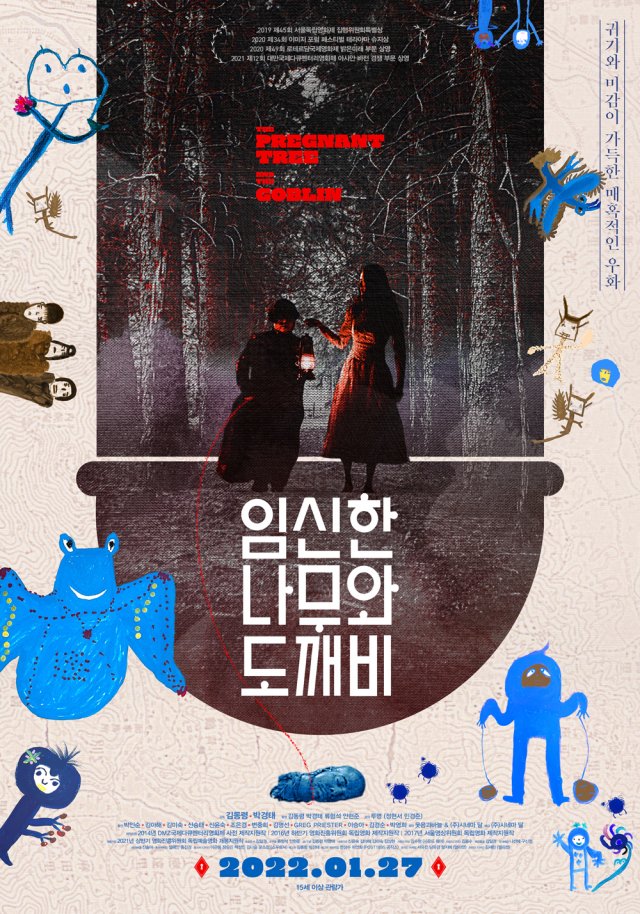 Synopsis
In a shanty village located next to the US military base in Uijungbu City, lives a former US military camp town sex worker, Park In-soon. Having lived in the village for more than 40 years, In-seon feels uneasy after hearing the news report on demolition plans of the military base. One winter night, In-seon encounters the death of her colleague and ends up attending her funeral. She is soon discovered by the Death Messengers who have come to look for wandering ghosts. While the Death Messengers come up with stories to take the ghosts to afterlife, In-seon starts to unfold her own ‘true’ story to fight back against her own extinction. 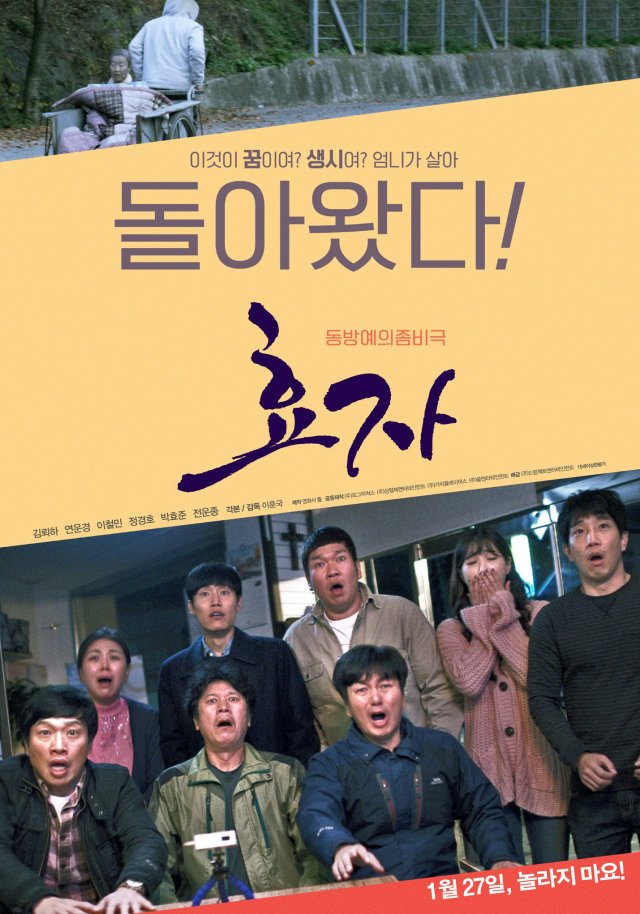 Synopsis
A comical horror movie about a commotion that happened after the sons decide to fulfill their filial duties to their mother who returned as a zombie shortly after her funeral. 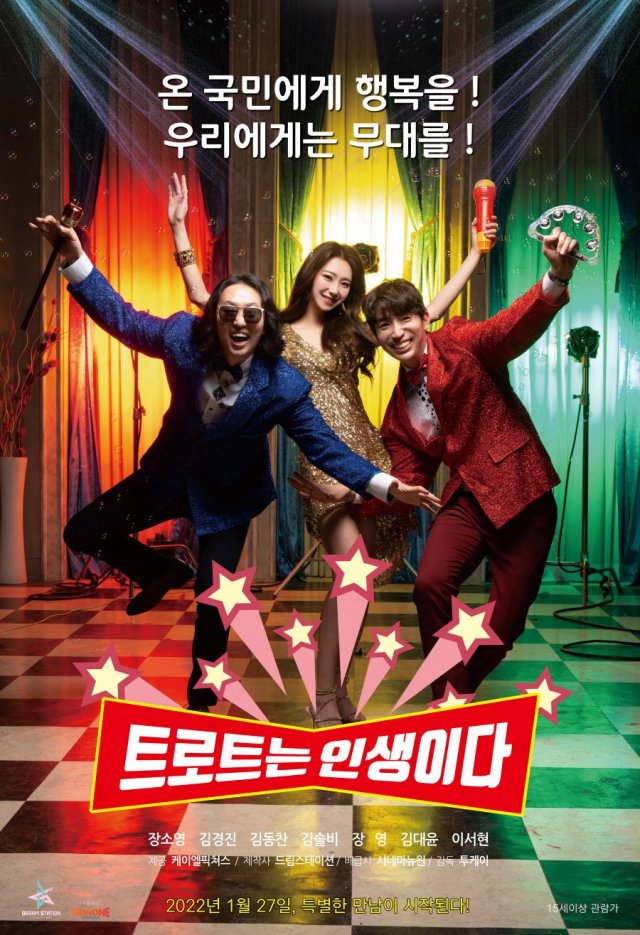 Synopsis
Trot singers Shinhwa (Kim Kyung-jin, Kim Dong-chan-I) have a lot of worries. No matter how many times they work and release a new song, the world only discovers trot singers from Mr. Trot or Miss Trot, but there is no place for their group Shinhwa.

Kyeong-jin, a member of Shinhwa, deciding that it should not happen, tries to create a new trot hybrid group that fits the modern times by expanding, adding new members with good visuals.

Meanwhile, Ji-won, who was preparing to become an idol singer for God’s Dream has been a trainee for 6 years. Now, she is the oldest in the group and is being under the spotlight of her younger members.

One day, in her hard life as a trainee, the head of the agency calls for support and offers her a position as an academy instructor, saying, “Wouldn’t it be better to give up your dreams and teach your juniors instead?” Ji-won, who was worried about her dream and reality, stops by a regular bar in pain. There, she had a fateful meeting with the group Shinhwa.

“Trot Is Life” a comedy drama about the group Shinhwa and an aspiring idol Ji-won who don’t seem to go together at all is just getting started. 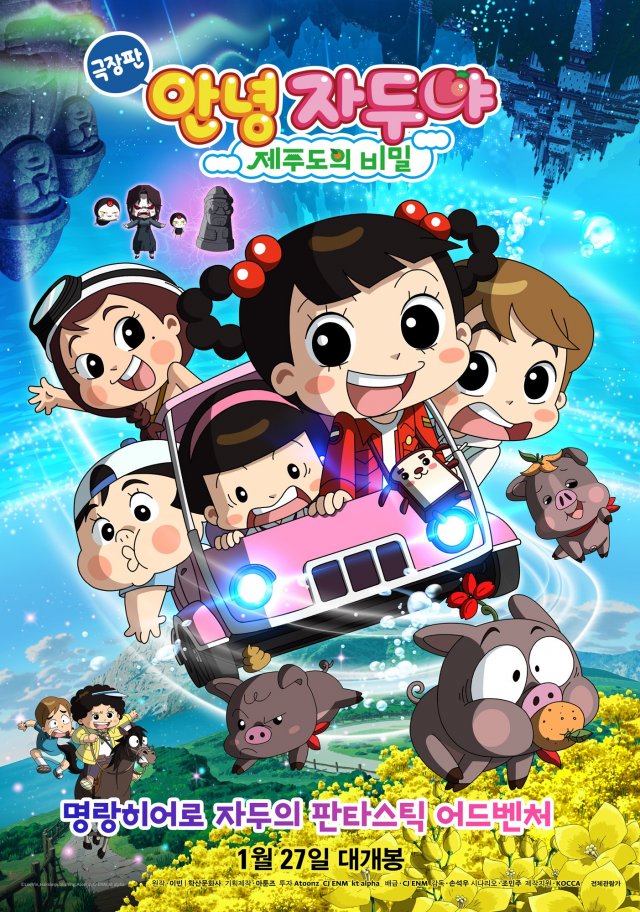 Synopsis
Ja-doo is not pleased with Jeon-bok, a girl from Jeju Island whom she met during a family trip. Besides, what’s with her twinkling heart eyes looking at Yoon-seok!

When Jeon-bok hogged Ja-doo’s best friend Yoon-seok for herself, angry Ja-doo accidentally knocked over a stone statue and Bo-ri which was sealed through a curse from the past has been awakened.

Those who were hit by Bo-ri’s beam became stones and hardened, and Ja-doo and her friends tried to find a way to return everyone back to their original state.

Let’s go to Jeju Island! Let’s leave!
Ja-doo, a cheerful hero’s fantastic adventure!
What could be the secret that determines the fate of Jeju Island? 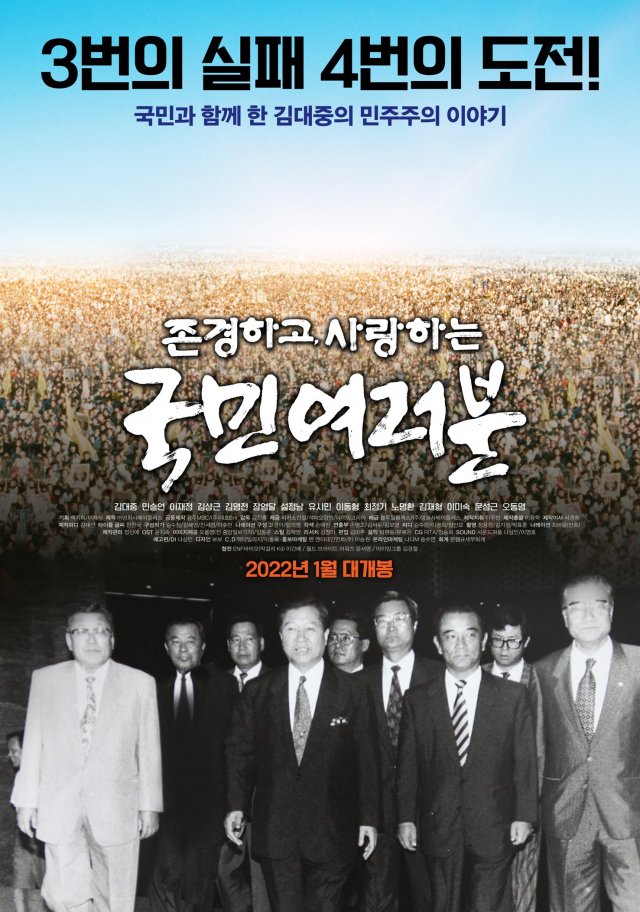 Synopsis
Kim Dae-jung competed against the Park Chung-hee Democratic of the Democratic Republican Party as the presidential candidate of the New Party, but lost in 1971. He then lead a pro-democracy movement against the Park Chung-hee regime in the United States, Japan and other countries, until he was kidnapped by an agent of the Central Intelligence Agency (now the National Intelligence Service) at a hotel in Tokyo on the 8th of August, 1973.

He was imprisoned for the 1976-1978 Declaration of Democracy and National Salvation and resumed his political career in early 1980, but was charged to death for treason in July in connection with the Gwangju pro-democracy movement. He was released from prison in December 1982 and moved to the US The 10-year record of the New Democratic Party’s presidential candidate from 1971 to his release in 1982 is covered in the 10th anniversary of his death.