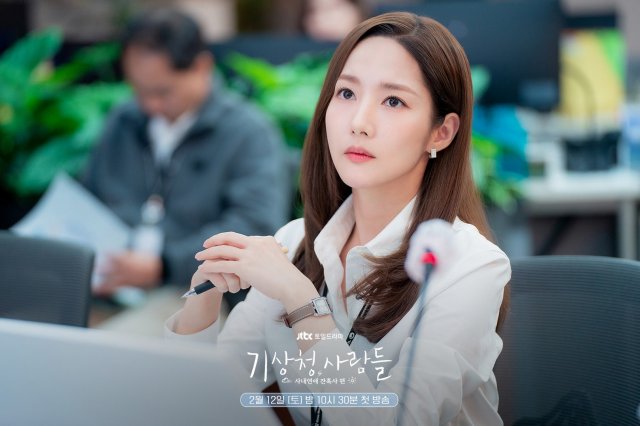 “Love and Weather Predictions” It is a romantic action drama about the work and love of a meteorological department where it is hotter than tropical nights and more unpredictable than local downpours. Park Min Young “Korean Actress” He plays Jin Ha-kyeong, the general forecaster of the Korea Meteorological Administration Team 2. Jin Ha-kyeong is a smart person at work, self-managing and everything else. It has a clear distinction between public and private affairs, and even has such a clear personal life that it is referred to as a “voluntary outsider” of the company.

The cuts released on the same day showed Jin Ha Kyung’s life in the business. She predicts and analyzes the weather more seriously than anyone else, and gives the charisma of the public forecaster from the leadership of the General Team 2. 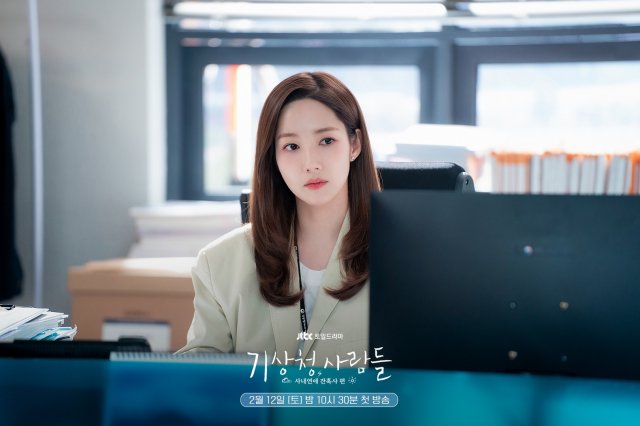 The production team said:Park Min Young “Korean Actress”His meticulous style and sharp acting perfectly dissolve into Jin Ha Kyung’s personality,” adding, “The professional’s tough lines were also absorbed naturally and comfortably. It is expected that the weather will be delivered more accurately and interestingly by the Meteorological Department, which for the first time will be treated as a drama.”

at the same time, “Love and Weather Predictions” It will be broadcast for the first time at 10:30 PM.