Sikh is a traditional non-alcoholic Korean drink made from cooked barley and rice. It’s refreshingly sweet and salty!

Commonly known as a rice drink or rice punch, Sikh (식혜) is a traditional non-alcoholic Korean drink made from barley malt (yeotgireum, 엿기름) and cooked rice. It is sweet and has a unique subtle taste of malt.

Sikhism is usually served as a dessert drink as it is known to aid digestion. It is a drink traditionally enjoyed on traditional holidays, such as Chuseok and Seollal, after heavy eating. You may also have seen it served after a meal as a free drink in some restaurants.

This refreshing drink is very popular as a thirst quencher on summer days. Semi-frozen Sikh slaw is very good to chill with. Also, Sikh is the drink of choice in jjimjilbang (Korean sauna/bath), and is enjoyed after sweating in a hot sauna.

You can easily find canned sikhism in Korean markets, but there is no such thing as homemade sikhism. It takes time at home, but it’s mostly waiting time. The process is easy! 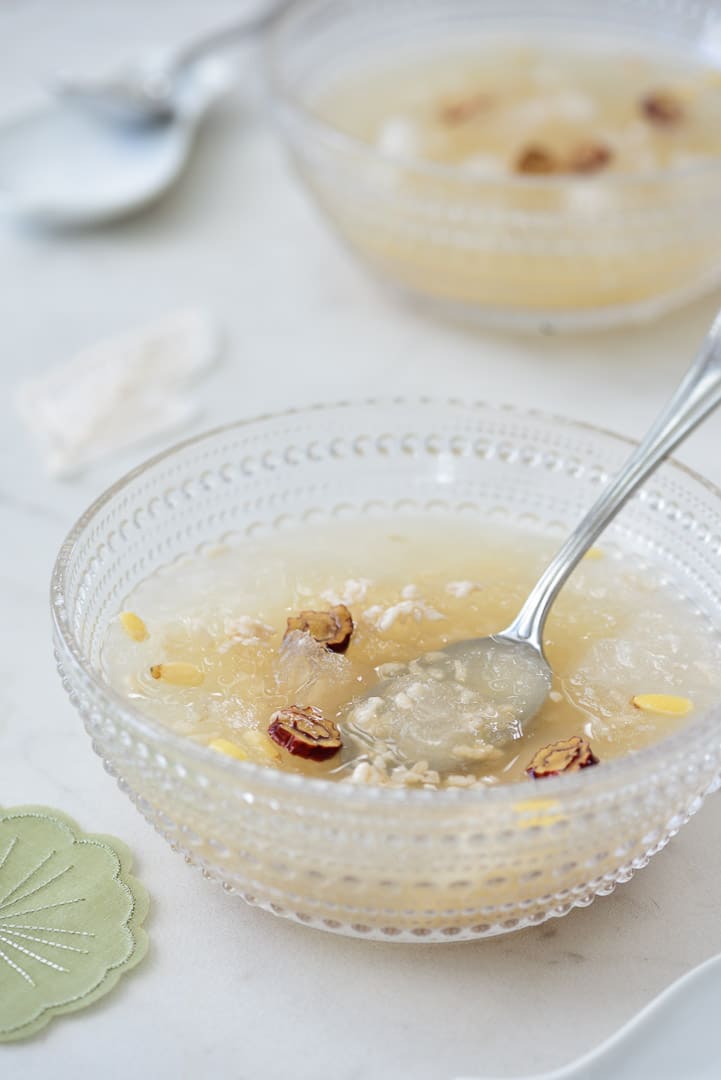 Yeotgireum is malt that is germinated/sprouted and dried through a fermentation process. It is one of the main components of gochujang. Barley malt usually comes in two different varieties in Korea. The first type is coarsely ground/crushed with the scales set, and the other type is peeled and ground into a white powder. You can use either type to create Sikhism. You can also use bagged barley malt, if it is also available.

A bag of yeotgireum goes a long way. It’s usually 500 grams, and I make 2 batches (about 20 cups/5 liters/5 liters per batch) of sikhism with it. You can make 3 smaller batches if you like.

How to make Sikhism

The sikh making process largely consists of 3 steps – making barley water, soaking cooked rice in barley water at a warm temperature for hours, and boiling everything together for a brief period.

Soak barley malt in warm water to extract the carbohydrates, enzymes, and flavor. Yeotgireum powder (coarse or fine) does not take long to rehydrate and release the contents of the grain. There are two ways to make filtered barley water – a cheesecloth bag (or nut milk bag) or a fine sieve.

Using a cheesecloth bag (or nut milk bag): This is the easiest way. Simply place the barley in the bag, then place the bag in 12 cups of warm water for 20 to 30 minutes. Then massage and squeeze the cyst to extract the milky fluid until the fluid is possible.

Leave the barley water for 15 to 20 minutes so that some of the sediment can settle to the bottom. Some people leave it on for longer (sometimes for hours) to get a very clear liquid, which is fine if you like your sikhism to be clear. Personally, I like to preserve the flavor and nutritional content of barley malt. 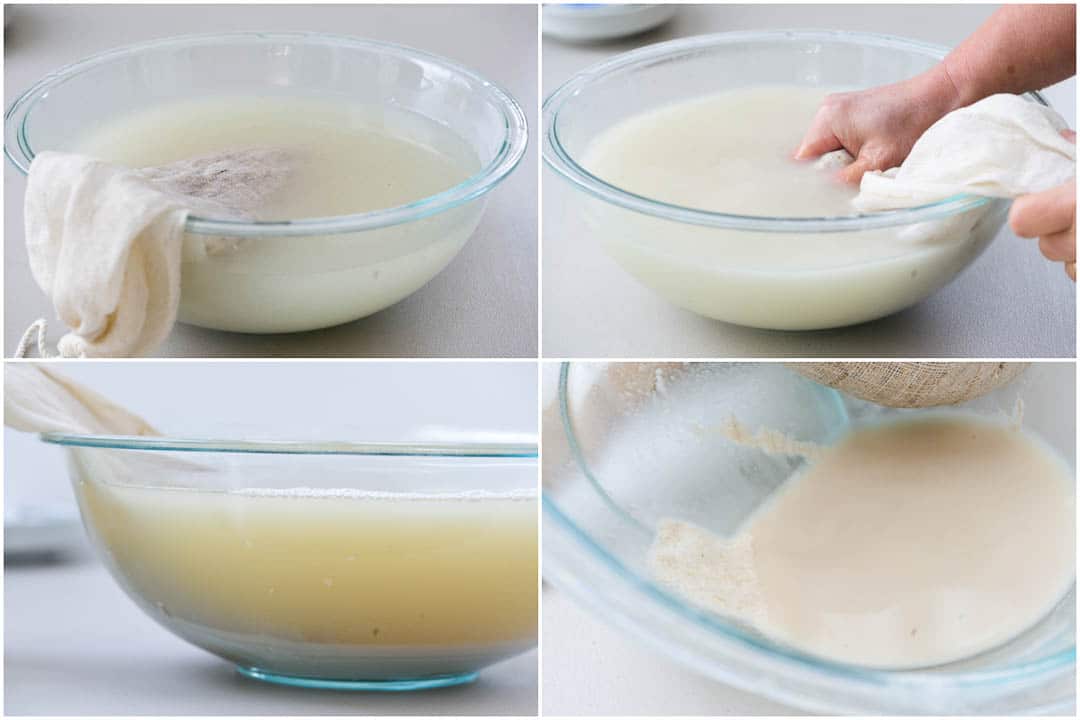 Let the barley water sit for a while. See the gauze bag method above. 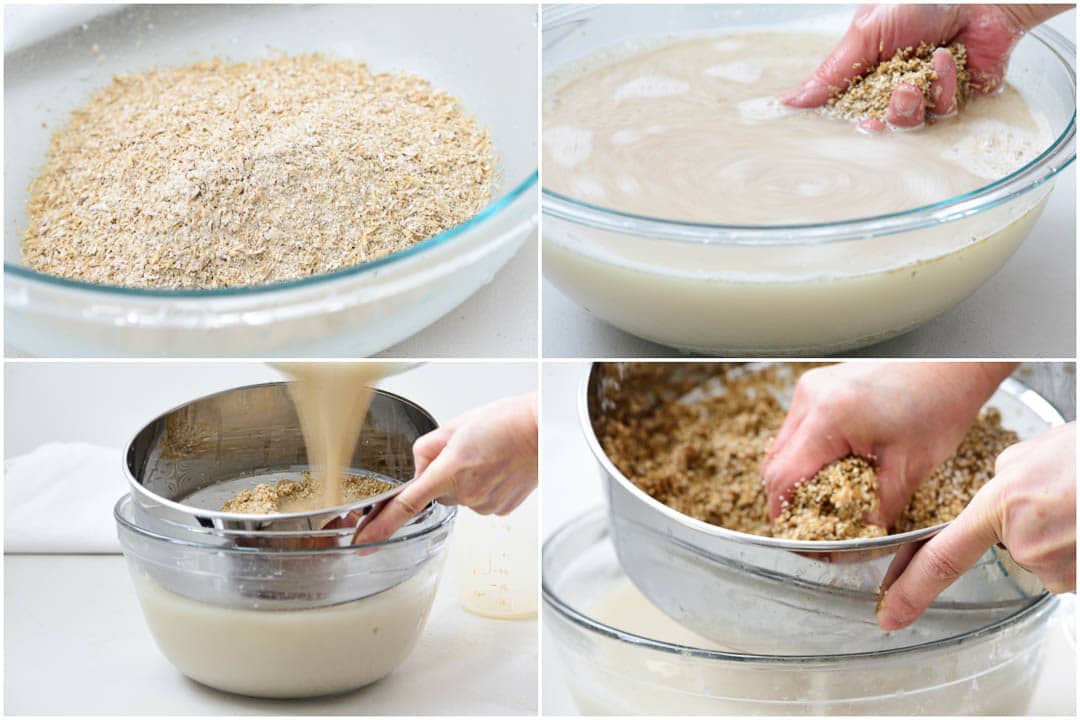 Consumer barley still has a lot of potential. Put the bag (or the remaining barley husks if you used a sifter) in another 12 cups of warm water and repeat the process to make more barley water. The rice cooker or instant pot is not large enough for 20 plus cups. Barley water remaining in the boiling stage can be added below.

Mix the barley water with the cooked rice and keep it warm at around 140-150°F (60-65°C). This step allows the enzymes (amylase) in barley to break down the starch in the rice into sugars (maltose) to form a sweet, sweet liquid.

When are you ready for the next step? The rule of thumb is it’s ready when about 10 rice grains float to the top. Another test is to rub a grain of rice between your thumb and index finger, the grain should roll like a piece of yarn and not the slippery starchy grain. This means that the starch in the rice has been converted into sugar.

This step can take about 4 hours or more, depending on the barley and your rice cooker. In my old 10-cup electric pressure cooker, it only took 3.5 hours. 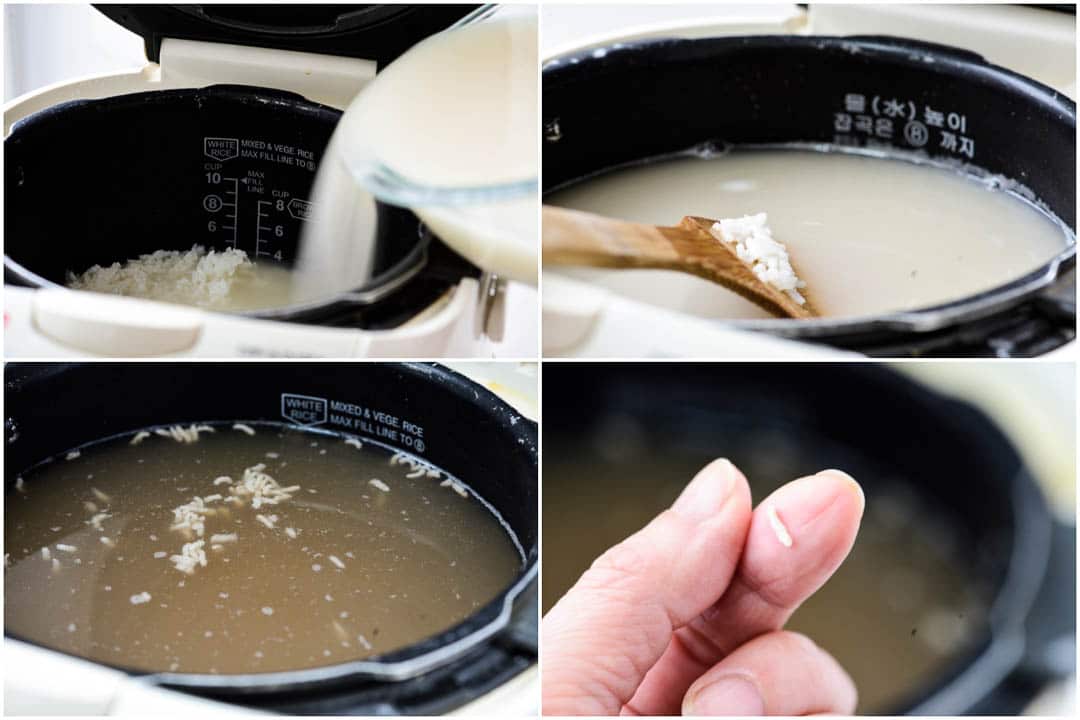 If you don’t have either, my oven on the “warm” setting works fine too. 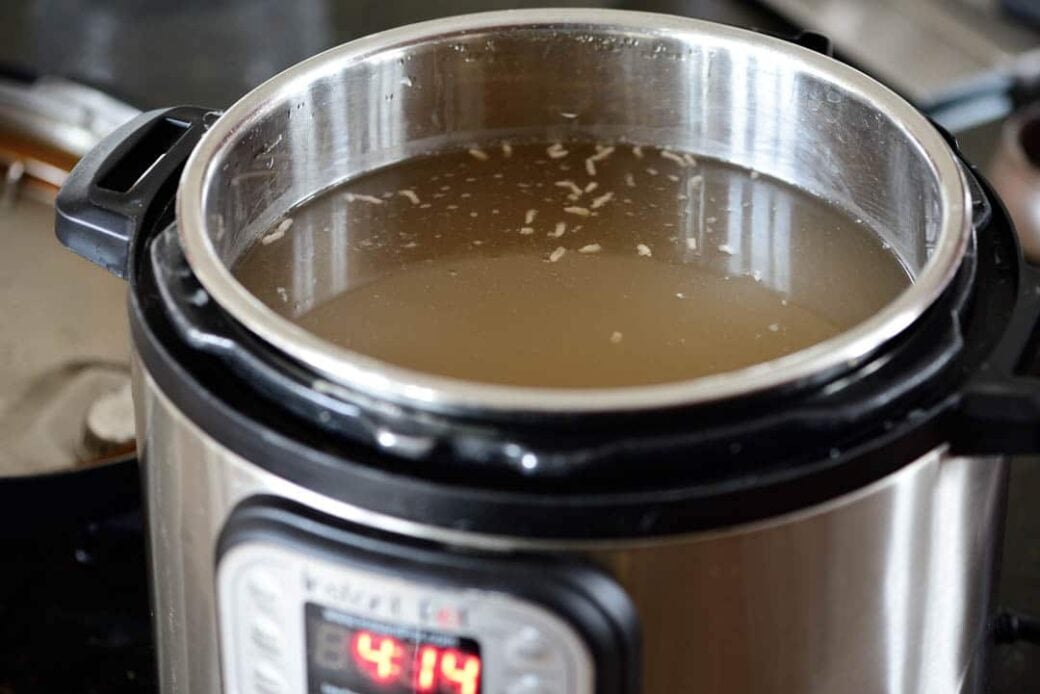 The last step is to boil the malt and rice liquid. You can simply boil it in the rice cooker or in the instant pot you used for the soaking if that’s all you want to make of sikhism. But I’m moving to a stock pot so I can add the extra reserved barley water.

While it is boiling, add some sugar to taste. I also like to add a few slices of ginger to add another layer of flavor but not enough to overcome the rancid flavour.

In Korea, Sikhism made with danhobak, 단호박, and (kabocha) is very popular. I first tried homemade danhobak sikhye at a traditional market, called Kkangtong Sijang (깡통), in Busan many years ago. Since then, this has been my favorite. You can simply cook the whole kabocha in the microwave, mashing it in a blender or using an immersion blender before adding it to the simmering skewer. 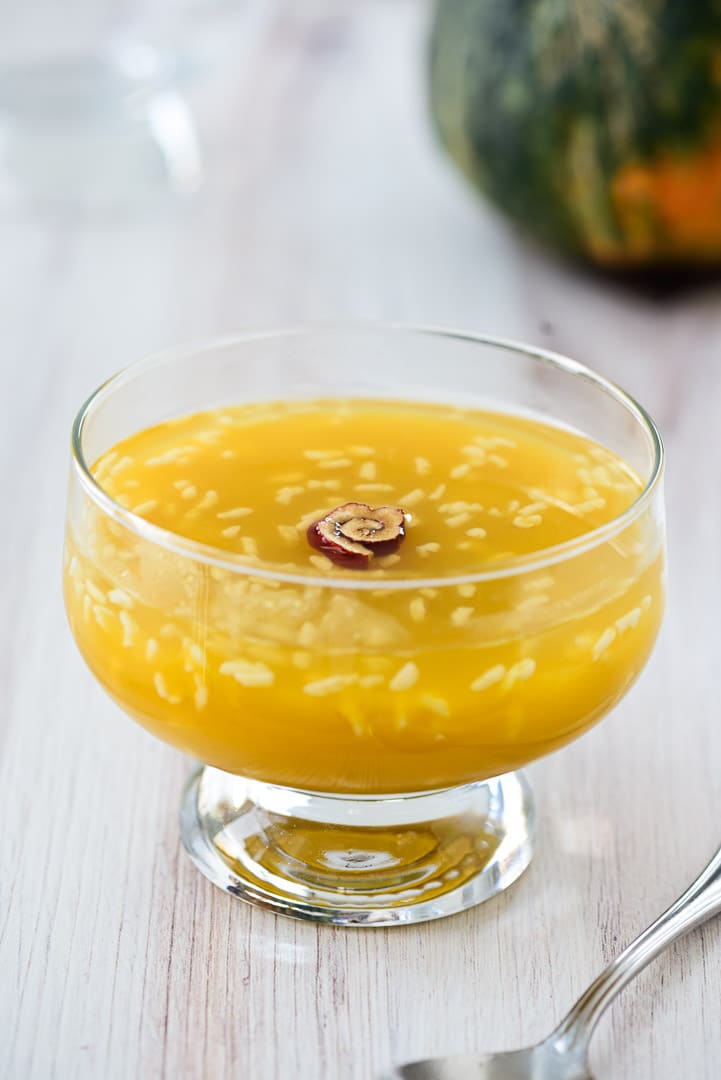 This is my last discovery. I added some purple sweet potato powder that I had and liked the color and taste. Simply add two or three tablespoons (or as desired) to the boiling stage. It’s good to have a bag of sweet potato powder. I use it to color seungpyeon naturally as well as love it in my latte. 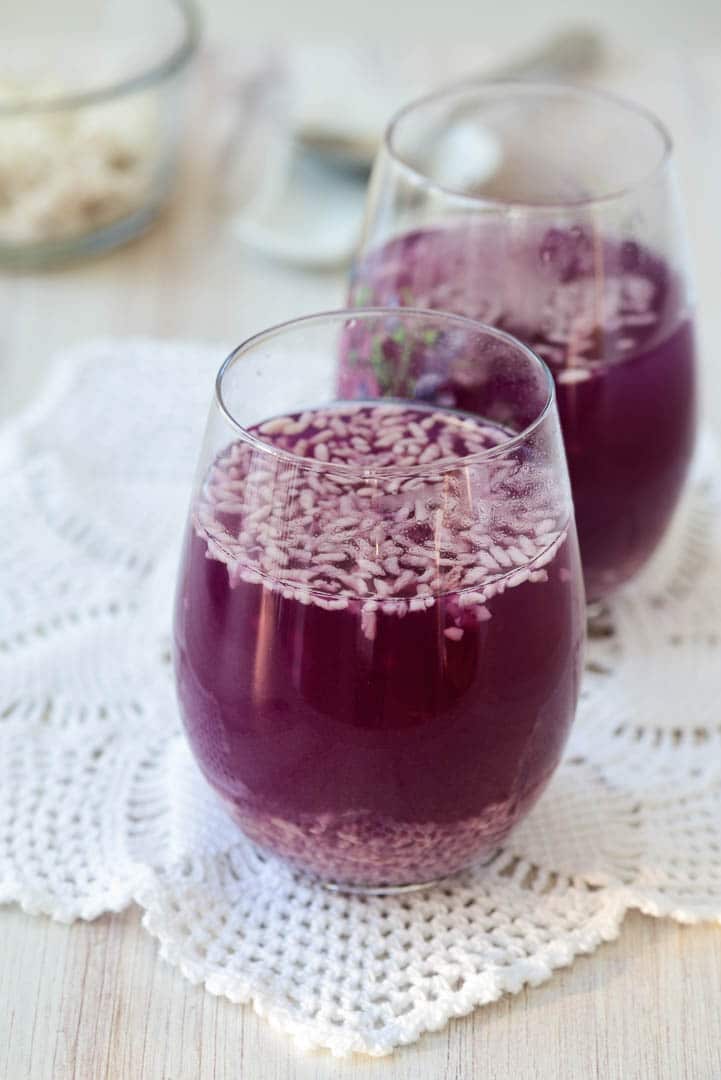 How to serve Sikhism

In Korean homes, sikhism is usually served in a small bowl with floating rice grains as well as slices of pine nuts and jujube in some cases. To make the rice grains float, they should be rinsed with water and kept separate until ready to serve. This is only for visual appeal and has nothing to do with the taste of Sikhism.

You can also freeze it halfway through, break it up with a spoon or fork, and enjoy it like a skewered slaw.

Sikhs keep good in the refrigerator for 5 to 6 days or longer, depending on your refrigerator. To be safe, you can boil it again after 5 or 6 days or freeze it for longer storage. I am also testing packaged. I sterilized the jars, poured sikhs in them, boiled hot, to the brim, and immediately closed. I’ll keep the jars in the fridge for several weeks, and let you know if it works. 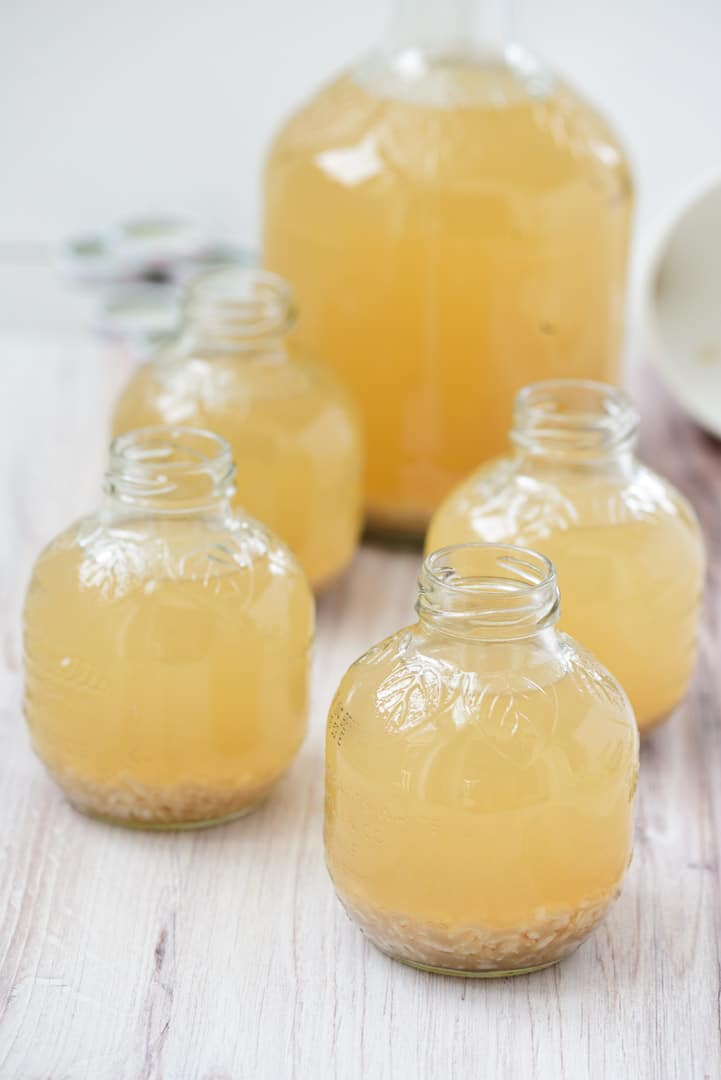 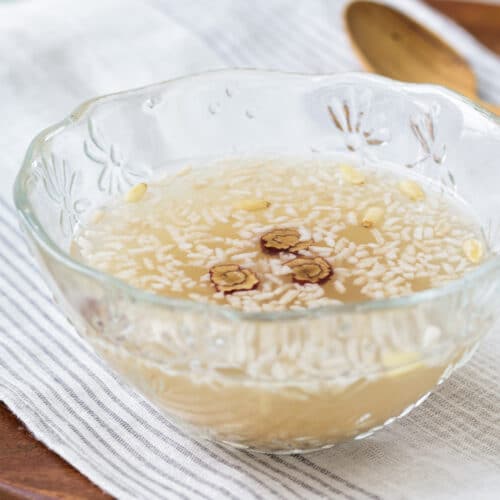 Making barley water (choose one of the two methods below)