Answer: the Lord of the Rings

Anyway, I have the traditional Chinese version of the third volume of the Lord of the Rings A trilogy entitled “The Return of the King” which is translated in Chinese as “The second coming of the king‘(왕자 재림), literally ‘the king (王者) comes again (再 臨). In Christianity, 再 (재림) denotes the ‘Second Coming’ of Jesus Christ. By the way, the Chinese word for ‘trilogy’ is Triple (triple).

I just started learning to read Chinese so it will be quiet sometime before I can read this book, but at least I’ll have it when I’m ready. The hardest part of reading this book seems to be learning the Chinese names for characters and place names. 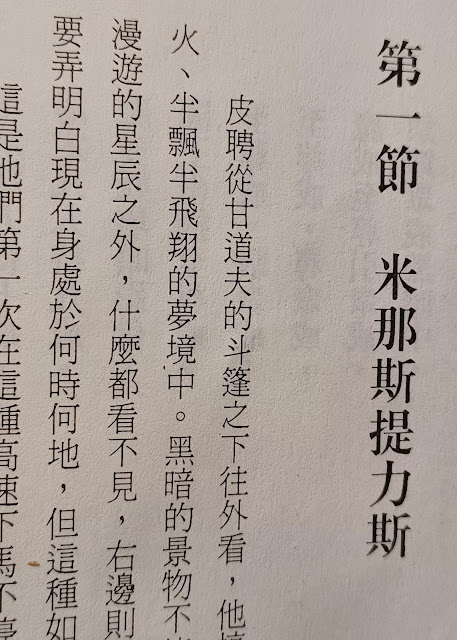